The US Benefits of Mexican Manufacturing 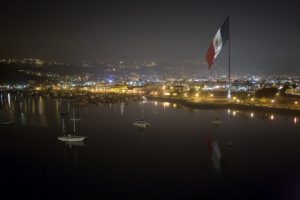 Mexican manufacturing benefits the United States in numerous ways. This is illustrated especially in the automotive sector, in which both countries work together on the same vehicle preparing it for export (often to US markets). High levels of vertical specialization are reflected in the value chain for an automobile which typically crosses the US-Mexico border eight times before it is finished. This and many other benefits are created by a unique partnership in which Mexico attracts global investment and then enlists the aid of US workers to create value. Below is a partial list of these benefits:

The world is becoming increasingly global and interdependent. And a strong North-American partnership is crucial to competing on such a scale. The unique partnership between the US and Mexico has proven to be invaluable in competing and very beneficial for both countries. The benefits of Mexican manufacturing are apparent for the US, which in turn benefits Mexico with a vast consumer market and technological expertise. With a combined total of over 50 free trade agreements with major economies in both Asian and Europe, the regional cooperative is a formidable competitor on the global scene. The benefits of Mexican manufacturing on both Mexico and the US must not be overlooked.

18,000 Tijuana Children to Receive a Merry Christmas from Tecma Group Oil Prices And The Mexico Economy

The Tijuana maquiladoras are thriving in 2022

Why more companies are moving manufacturing to Mexico: Is this the end of China?

The outlook for the aerospace sector in Guanajuato is positive

To better serve our customers we expanded our services under the Tecma Group of Companies. We now offer all these services as a part of Tecma:

Reduce Production Costs 50% or More If are you considering setting up manufacturing in Mexico fill out the form or call 915-534-4252. What is Tecma Shelter Service? Your role is to concentrate on manufacturing. Tecma takes care of everything that has to do with Mexico. No more complicated than setting up a new manufacturing operation just across town.
Request Personal Contact Complete the form and you will hear from us shortly.
QUICK SAVINGS ESTIMATE Please fill out this simple form and we will provide you with a complimentary and confidential high level savings estimate.