18,000 Tijuana Children to Receive a Merry Christmas from Tecma Group 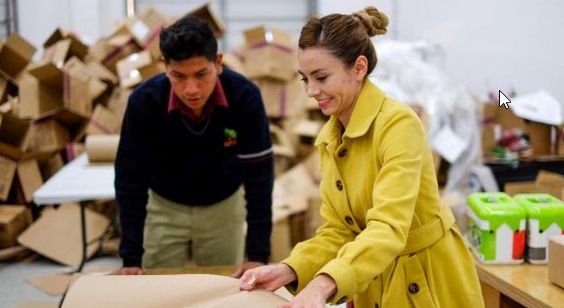 For a week now, the TECMA Tijuana Group’s facilities have been converted into a gift factory, churning out wrapped gifts for more than 18,000 of Ciudad Tijuana’s poorest children. Employees and volunteers are wrapping toys as part of an annual “Toy Movement” project sponsored by Tecma and Spin Master Toys of Canada to provide a merry Christmas for area children. The Spin Master toys will be distributed on December 14 among children at area schools, hospitals, and charities. 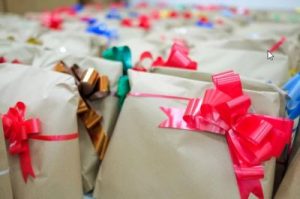 “The toys will be gifted to children of poor resources who live in marginalized areas of the city,” according to Reynaldo Serrano, Operations Manager of the Tecma plant located on Pacifico Boulevard. “The goal is to bring Christmas to 18,000 children living in areas of conflict or marginalized conditions.”

Reynaldo went on to describe the prevalence of Christmas spirit among the staff members and employees at Tecma who have donated wrapping materials and in-kind contributions needed as part of the great logistical challenge of moving, sorting, wrapping and distributing 18,000 toys in a very short time span. The operation is a great way to kindle solidarity and teambuilding among all those involved, and Tecma employees have also included their families and friends in the wrapping project. This is truly a family-oriented community event. 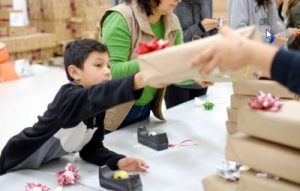 Dozens of young high school students belonging to CECyTE Santa Fe and CBTis 156 were also involved in wrapping and decorating the gifts. The young volunteers “were integrated with enthusiasm from the first day, especially when understanding the noble cause,” said Victor Garcia, who is responsible for overseeing the project. He went on to emphasize the importance of the contributions made by the students.

First organized in 2014 by toy manufacturer, Spin Master, the “Toy Movement” initiative has delivered toys free of charge to boys and girls in deprived areas around the world. Every December, toys are delivered to children in areas of conflict or marginalization, including Gaza, Israel, and Jordan. This marks the second year the Tecma Group has partnered with Toy Master’s global initiative to benefit the children of Mexico. 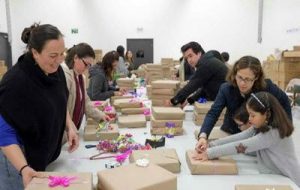 “The ‘Toy Movement’ aims to be more than a mere act of social responsibility,” commented Tecma in a statement. “We seek to return to the community something that has been given to us and at the same time to promote family values among our collaborators.”

Alan Russell, Founder and CEO of the Tecma Group of Companies, commented, “We are excited to be able to give back to the community…This year, being able to give away 18,000 quality toys to the children of the city of Tijuana is monumental.” Last December, Tecma and Spin Master gave away nearly 4,000 toys to underprivileged children in Ciudad Juarez.

The Tijuana maquiladoras are thriving in 2022

Why more companies are moving manufacturing to Mexico: Is this the end of China?

The outlook for the aerospace sector in Guanajuato is positive

To better serve our customers we expanded our services under the Tecma Group of Companies. We now offer all these services as a part of Tecma:

Reduce Production Costs 50% or More If are you considering setting up manufacturing in Mexico fill out the form or call 915-534-4252. What is Tecma Shelter Service? Your role is to concentrate on manufacturing. Tecma takes care of everything that has to do with Mexico. No more complicated than setting up a new manufacturing operation just across town.
Request Personal Contact Complete the form and you will hear from us shortly.
QUICK SAVINGS ESTIMATE Please fill out this simple form and we will provide you with a complimentary and confidential high level savings estimate.